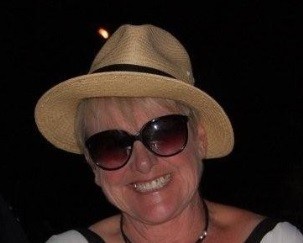 ‘Due to injuries sustained some years ago I have very damaged joints in my shoulders – it has been suggested I undergo an operation which I am not keen to have. I am a writer/researcher and spend a lot of time at the keyboard – since taking KALSIO I have experienced major relief from shoulder pain and consequently I am able to continue with my work.’
Susan Strowbridge – NSW, Australia

‘I am in my mid-seventies and, like many people my age, suffer from arthritis and general wear and tear. I manage a small property where I do a great deal of manual labour which used to make me very stiff and sorry. By regularly taking KALSIO and MOBICOSA I am no longer suffering so much discomfort. I can now work for so much longer which keeps my wife happy!’
Greg Jones – Queensland, Australia 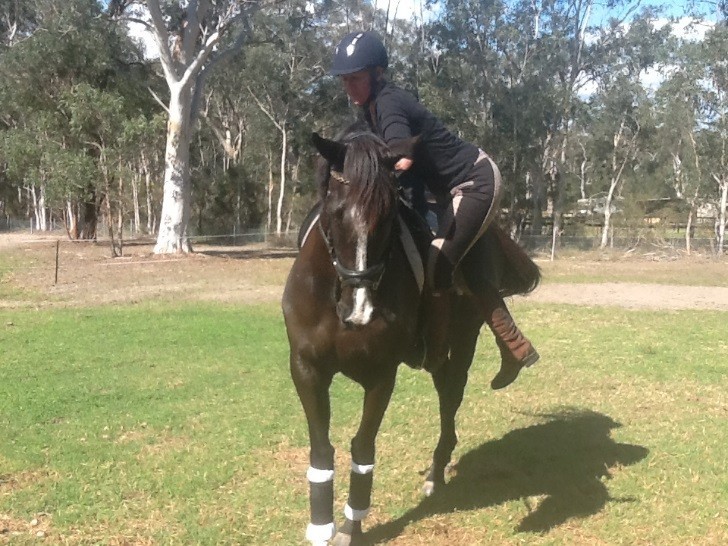 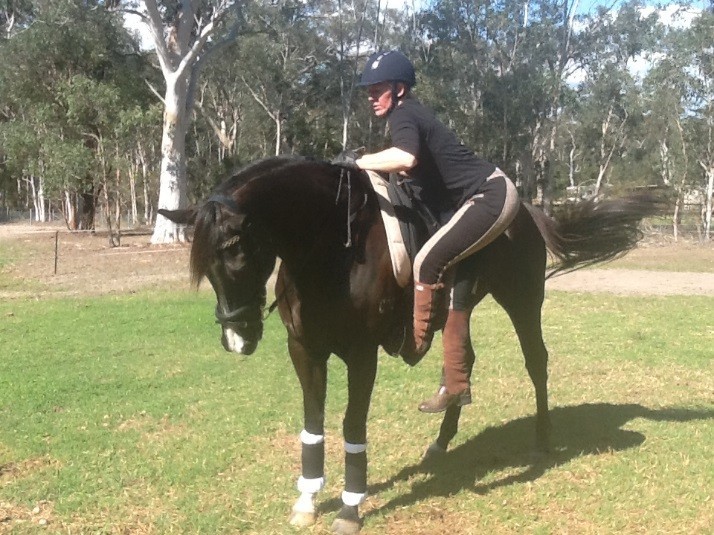 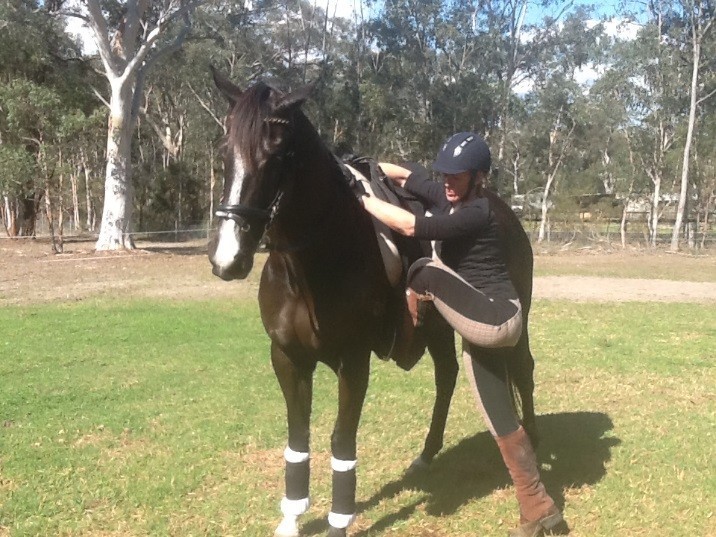 When Bronwyne MacRea had a serious fall from her horse she was warned that she would be unable to ride again for a very long time – if at all.
“It happened on October 28 2013,” recalled 52-year-old Bronwyne, an employment consultant from Glossodia near Windsor in New South Wales. “I was riding my mare and then I don’t remember anything until I woke up in hospital forty-eight hours later.”
She had seven fractured ribs, a broken pelvis, a punctured lung and two transverse fractures of the spine.
“I was told at the hospital I’d be in traction and it would be at least six months before I’d be able to sit up properly and move around. And as I was over 50 I might never be able to return to the saddle.
“This gutted me as I’d always had horses and ridden all my life – I was determined this wasn’t going to be the end.

“I spent a week in Westmead’s high dependency unit and then I was moved to a general ward and then into rehab. I saw people who’d been there for eight weeks and were still only just moving about. I didn’t want that to be me. I’m not that old and I want to be in the saddle competing just as I did before the accident.
“Twenty-one days after the injury I had some more X-rays done – the surgeon told me nothing had changed – it was a bad break, accept the fact that I’ll probably never ride again and be prepared to spend six months in rehab.
“I had contacted a friend and asked if there was such a thing as TECHNYFLEX for humans. She told me about MOBICOSA and also about KALSIO which is a natural calcium supplement. I ordered them at the beginning of December and after only a week I felt my movement had improved and my physio said I was freer.
“The hospital had prescribed 500 milligrams of painkillers each day but I didn’t want that – all I took was MOBICOSA and KALSIO.
“I was given lifting exercises to help my pelvis and I went into the pool. After six weeks I left rehab, more X-rays were taken and the specialist, Dr Munjed Al Muderis, stated that my bones were healing well.
“But I don’t want to see you for six months, Bronwyne,” he said. “Understand you won’t be riding for at least a year and, if and when you do, you’ll most likely feel restricted and uncomfortable.” She went home feeling down – but determined.
“I continued with the MOBICOSA and KALSIO. I didn’t need a wheelchair and I was feeling much better.
Although she had been told not to see the orthopaedic surgeon for six months she made an earlier appointment
“Instead of waiting until July I saw him in March with some new X-rays.” This is 4 months earlier than she had initially…
“You’re walking well, Bronwyne,’ said Dr Al Muderis, as she entered his rooms and handed him the new X-rays. I thought I wasn’t going to see you for another four months.”
Bronwyne told him she’d been doing physio and hadn’t taken any painkillers. “And I’ve been regularly taking MOBICOSA and KALSIO.”
Dr Al Muderis examined the X-rays, he saw there’d been a radical improvement from January 7 to March 11.
“Well Bronwyne you can go back to riding your horses.” She did so immediately.
“And even after my first ride I didn’t experience any soreness.
“You know it’s all about quality of life and the quality of the product you’re taking. I’ve discovered there are many brands out there but I know I’m taking the best – not something second-rate boosted with fillers. And now my husband is taking them for his knees and shoulders.
“MOBICOSA and KALSIO will always be part of our daily routine.”

October 28 2013 – Bronwyne MacRea had a serious fall from her horse – X-rays revealed seven fractured ribs, a broken pelvis, a punctured lung and two transverse fractures of the spine.
November 16 2013 – Surgeon stated that her new X-rays revealed there had been no improvement. It would be a long time before she could ride her horses – if ever.
December 2013 – Began taking Mobicosa and Kalsio. She took no other medication.
January 2014 – After examining new X-rays, specialist says ‘bones are healing well’. He didn’t want to see her again for 6 months.
March 2014 – Bronwyne has more X-rays taken and visits the specialist four months earlier than initially arranged. The specialist was surprised to see her and commented upon how well she was walking. He examined the new X-rays – he was impressed – there had been a radical improvement between January and March. Bronwyne could now go back to riding

Disclaimer: Derived from seafood. Do not use if you have a shellfish allergy. Not recommended for use by pregnant and lactating women. The products and information given on these pages is not intended to substitute medical or veterinary diagnosis and treatment, but to complement it. Please use only as directed. If symptoms persist, please see your doctor or health care professional.